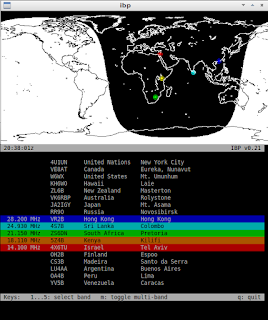 You can download the program from here
Posted by ZR6AIC at 10:58 PM No comments:

Wind Turbine
Click on link to see my wind turbine details
Posted by ZR6AIC at 9:10 AM No comments:

Echolink on Ubuntu Linux (with Wine) 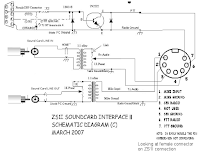 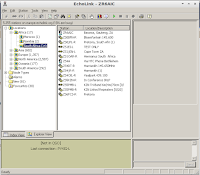 The default Windows Echolink installers work fine with Wine on Ubuntu.
1) Install Wine.
2) Download Echolink install.
3) Run install using Wine.
4) There will then be an Echolink Icon in Wine program files and on your Desktop.
5) Start Echolink and set-up your station info.
6) Have fun....

If you are looking for a native Echolink program for Linux read my blog here http://zr6aic.blogspot.com/2013/07/echolink-on-ubuntu-setting-up-svxlink.html 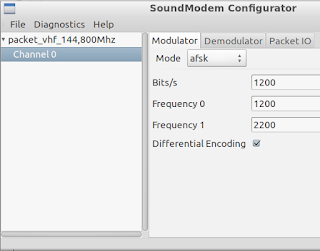 I got my ax25 configuration working with soundmodem on Ubuntu.

This packete software was created to provide aconfiguration standard in mind to facilitate the assembly of apacket station in GNU / Linux, is expected to be as automatic as possible throughout their development.

The ideas or main bases of this software are:

2.1)I run soundmodemconfig  you will need X window server if you are doing this remotely via ssh


2.2) Configure the sound modem as in the pictures above. ( it will save the config when you exit the app)

plughw0.0 could be different for your Linux depending how many Audio sound cards you have in your ALSA configuration.


2.3) I connected the external speaker sound plug on Radio to laptop line in and tuned VHF radio to 144.800Mhz FM to see some local packet traffic. 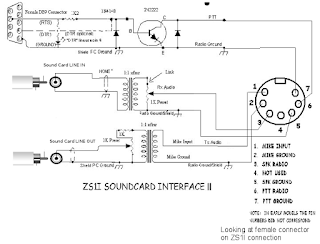 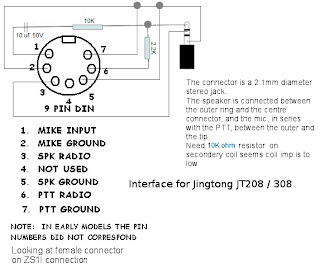 2.4) Select new configuration in file menu and then sound card.
On the older Ubuntu it was /dev/dsp (soundcard) new Ubuntu its (alsa and plughw:0,0) and your serial port (my port was /dev/ttyS0) for your PTT (I am using ZS1I radio interface between radio and laptop)

Press [ctrl]A and then Z

You should then get this menu

Change your comm port by selecting A

Save and exit to get back to terminal and send some characters and check your serial port TX pins for data.
select  X to exit

2.5) Then select file new channel in the soundmodemconfig ( Select modulator and demodulator afsk the rest of the defaults should be ok.)
Change your cal-sign in Packet IO tab.

2.6) Select Channel menu on left and the click on Diagnostics menu and click on scope. You should see your audio from your radio ext speaker. ( if you get an error you have the wrong audio device change it until it work) 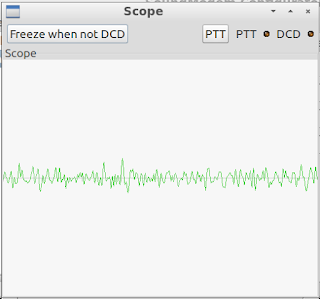 2.7) Exit the soundmodem config program. ( it will save the config on exit)

2.8) There should be a config file in /etc/ax25/soundmodem.conf

3) you can now start the easypacket script (sudo packeton 9k6)

3.1) you should see something like (The following interfaces are ready to rock: sm0 ZR6AIC)
hi......
Almost done.
you could now monitor packet in listening mode with the following commands. (sudo ax25spy or sudo  listen  has changed to sudo axlistin -c -a).

I will continue next time how to connect using the ax25 tools ....

here is the list of commands that manages your AX25 connections.
More info is avalable here http://www.tldp.org/HOWTO/AX25-HOWTO/index.html
Posted by ZR6AIC at 10:39 PM 1 comment:

I am using QUISK,QTHID and xwxtoimg on my Ubuntu to receive weather satellite reception. 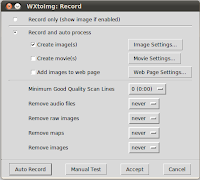 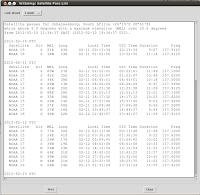 Still trying to get the bandwidth bigger in fun-cube but here's the details so far.

I am using a mobile 2M 1/4 wave mag mount on roof for reception Antenna.

The Atlas V NROL-36 launch from Vandenberg Air Force Base in Cali- fornia, originally planned for August, successfully launched on 13 September at 2139 UTC.

This launch carried a satellite for the National Reconnaissance Office. Also aboard this flight at four cubesats as part of ELaNa IV mission and seven cubesats for government missions.

Several hours after launch Justin Foley, KI6EPH, announced via the #Cubesat IRC Channel that all eight P-PODS had successfully deployed.

The ELaNa Cubesats aboard are:
+ CINEMA (Cubesat for Ion, Neutral, Electron, Magnetic fields)
o Downlinks for engineering telemetry and command are in the 2400-2450 MHz range; Science telemetry is in 2200-2300 MHz range.


Also, refer to the previous ANS bulletin on this topic at: http://amsat.org/pipermail/ans/2012/000650.html [ANS thanks Mineo Wakita, JE9PEL for the above information]
Posted by ZR6AIC at 10:52 PM 1 comment: