DX expedition to Kenya,Tanzania and Zanzibar

DX expedition From Kenya to Zanzibar via Tanzania

I am planning a DX expedition From Kenya to Zanzibar in August 2013 and will keep you in the loop regarding the progress on approval to operate with temp guest license.
Due to the 15KG wait limit I have decided not to take any equipment with :-( 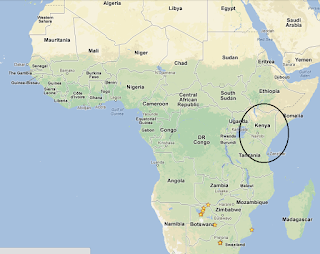 Modes of operation would be SSB, PSK, RTTY and PSKMail.

Will try and send APRS message with PSKmail of my position if possible. 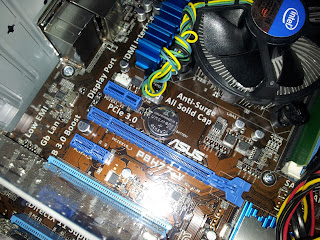 I got a new I7 ASUS motherboard P8H77-V (3 PCI Slots for sound cards) and Ubuntu 12.04  64Bit and 32bit versions did not detect the motherboard default Ethernet port.

Check that the led's flicker when you plugin the Ethernet cable, if not check in your bios and enable Ethernet there.

Here is what I had to do to make it work.
Run the following command in your terminal.

sudo  lspci
You should see the following in the list of devices to confirm this is the Ethernet interface you have.

Then install the driver from Ubuntu


Then load the new driver module.
If your network cable is connected with your router on DHCP.

run ifconfig and you should see your interface eth0

and it should work now.

Enabling Java for Chromium Web Browser on Linux (for webSDR)

First install Java jdk or jre from http://www.oracle.com/technetwork/java/javase/downloads/index.html
JRE = runtime only you cant compile java only run java
JDK = You can compile and run java
I installed the JDK as I am also a java developer (1.7 latest is fine) jdk-7u11-linux-x64.tar.gz 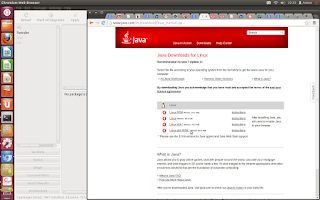 It will unzip all the files creating a directory  similar to this jdk1.7.0_11cd /usr/lib/chromium-browser/plugins
cd jdk1.7.0_11
Need to add the java plugin into the Chromium Web Browser
The path mite be different on your Linux change to fit

Know take you browser to http://zr6aic.giga.co.za:8901  and see if webSDR is know working.

Here is a map of webSDR receivers.

Add the Asus Xonar D1 sound card to my websdr

Here is my .asoundrc config file with the combination of my M-audio Delta 44, Asus Xonar D1 and on board IXP sound interface. (one IXP, two M-audio and one Asus card)
Here is the Simplified file below this one there is a more complex file with some remapping if you want.

The config below also worked but used to much CPU.

ctl.sdrAudiophile192_card {#defining the control interface
type hw
card  Audiophile192 # this has to be the same as above
}

(Softrock  receiver) Where can I get a softrock recever http://www.giga.co.za

I have build my first Softrock Ensemble RXTX for the 30m, 20m and 17m bands.
more details on the receiver and the assembly details can be found at http://www.wb5rvz.com/sdr/ensemble/.


I had to add a command line utility to the Linux webSDR server to control the frequency of the receiver via usb port with the following program usbsoftrock.
The program can be found on Google code https://code.google.com/p/usbsoftrock/downloads/list
You will need to compile the code before you can use it.
here is the command that you could use after compilation

The frequency was a few khz lower and I had to calibrate the frequency using the following command. You can retrieve the frequency at which your Si570's crystal oscillates with the command sudo usbsoftrock calibrate

Calibrating the frequency with the value you got above.